0 Comment
EEL
Much like their name implies, bonefish are filled with bones. Moreover, many of their bones are so small in size that they’re incredibly difficult to remove. Commonly caught for sport and then carefully released, bonefish aren’t exactly desirable dinner fare. Notwithstanding this fact, some island cultures regularly consume them. If you’ve been bonefishing and are curious about their taste, here’s everything you need to know about preparing and eating them.

If bonefish isn’t a normal part of your diet based upon where you live, there are countless reasons not to eat them. Foremost among these is the fact that you’ll do more work to get them to an edible state than is likely to prove worthwhile. Although bonefish can grow quite large, much of their bodies are comprised of bones. There’s plenty of fish that are far better for eating, with far fewer bones, particularly for fishers who aren’t well-versed in bonefish preparation.

Depending upon where you fish, catching and keeping bones could be strictly forbidden. In areas in which bonefish thrive, they’re often a critical part of the economy. As such, there tend to be strong limits on how many bones you can catch and retain, and there are many places where bones can’t be caught and kept at all. For instance the Florida economy is heavily reliant upon game fishers who come looking for bonefish, and who regularly support the tourist industry.

In Florida, the estimated annual value of each bonefish living in local waters is about $3,500. Here, you aren’t allowed to retain your catches, and you’ll have to snap quick pictures while holding them in hand or in live wells before letting them go. Unregulated bonefishing via netting has actually served to depopulate the waters in Campeche, Mexico. In Campeche, bonefish were once plenteous, and now they cannot be found at all. Not only does over-fishing bones damage local economies, but it can also be incredibly detrimental to local ecosystems.

No Matter How You Prepare Them, It Takes a Skilled and Patient Hand

Notwithstanding all of these things, certain cultures have kept bonefish as a mainstay of their diets for centuries. In Hawaii, sometimes bonefish are eaten and known as o’io. Throughout the world, cultures that consume bonefish serve it cooked or raw by first scaling and then filleting or butterflying it. With the tail and skin left intact, the flesh of this fish is then gently scraped away using a spoon or other scooped instrument. Before cooking, its carefully picked over for bones, with larger bones being removed, and many smaller ones left in.

Ultimately, bonefishing is a sport rather than a way to catch a good meal. Without experience in preparing this fish, you run a very high risk of getting poisoned, and more importantly, no matter how it’s served, bonefish will always contain a veritable labyrinth of tiny bones. At the end of the day, the grisly thought of eating such a precious species, that’s truly a trophy shouldn’t even be considered. That’s the most pleasurable part of catching these fish; admiring their beauty, and being able to skillfully releasing them back into their known environment, unharmed, alive and ready to give the next bonefisherman the experience of a lifetime! 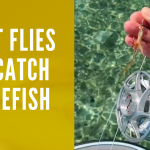 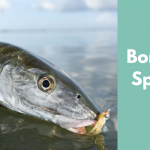 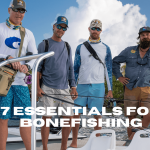 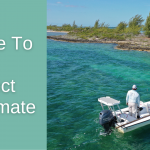